On Tuesday, October 27, the Greater Austin Area My Brother’s Keeper Initiative (GAA MBK) held it’s first Executive Committee meeting on the UT Austin campus. Community leaders from the city, county, civic organizations, UT Austin, ACC, non-profits, and others joined for a lengthy discussion to determine the direction of the local priorities and establish taskforce committees for GAA MBK. Additionally, the Executive Committee heard from mayor Steve Adler (pictured to the right) and Susan Dawson, President and CEO of the E3 Alliance (pictured below) who provided an assessment of data on local boys and young men of color in the Austin area.

Mayor Adler told the group, “We all know that the sun rises in the east. The future of Austin rises or falls in our east as well.”

“We have to figure out how we use the strength and resources that exist in this community right now to ensure that there is equal opportunity and access for everybody that lives in this city. We have to do that because our city’s future and spirit and soul of who we are depends upon our ability to do that and do that well,” he said.

At the meeting, Dr. Vincent also announced that the GAA MBK will be convening at the SXSWedu conference for the second year in a row this March. Be on the lookout for more information on the SXSWedu event in the months to come.

Want to help? Please sign up here to help.

Have a question? Contact Chris Cutkelvin at MBKAustin@Utexas.edu or call 512-232-8139 with any questions or suggestions.

I Am My Brother’s Keeper 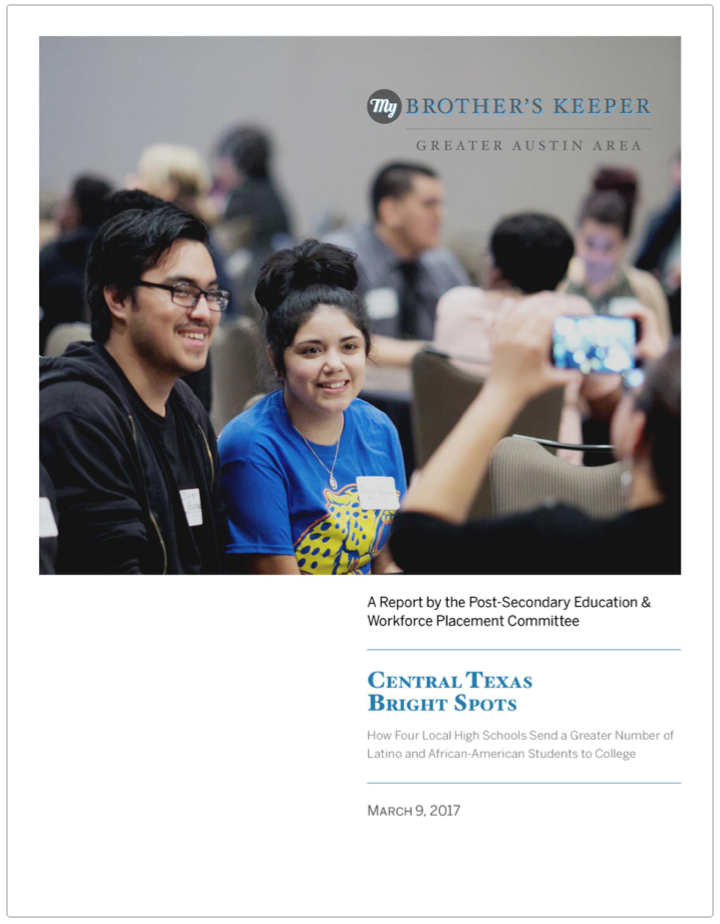